Come to me, all you that are weary
and are carrying heavy burdens,
and I will give you rest.

With Liberty and Justice for all.

It is the fourth of July. It is a national holiday when many will gather (with masks and proper distancing) to celebrate the independence of this country from the grip of Britain’s monarchy. It is a day to appreciate the herculean efforts by our ancestors to create a democracy where high ideals — known and espoused since the days of the Greek ‘dēmokratía’ in 507 BCE ­– would be planted in virgin soil, nurtured by the blood of patriots, confirmed and upheld in the courts and lived by every citizen in this new country.

[An interjection: I believe that the blessing of democracy long preceded the Greeks and was established by GOD at the creation of the universe as the intended way for human beings to live together. When God gave us life, he gave the people (dēmos) the power to rule (kratía) over all the plants and animals, and to be stewards of all creation.] 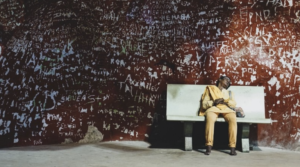 Democracy was a dream. It was hope. It was the high calling of God intended for all occupants of this country. And, it was fraught with problems and failures from the onset.

But, do we give up? Do we walk away in defeat from the sacrament of democracy? Do we end the attempt and let these ideologies slip through our fingers? Do we forsake the endless and noble endeavors at repairing, safeguarding, opening wider the doors of welcome, and jettisoning the laws that were meant to secure the longevity of democracy?

That is not how Americans face difficulties.

A man I admire, whose civic credentials are both impeccable and unquestionable, shared with me that he cannot say the line, “… and justice for all” when he recites the Pledge of Allegiance. In his mind, he reports to me, saying this is a lie until we can say it in fact. Recognizing the unequal application of justice for some Americans constrains him from saying these words (and from the implied complicity) while many people suffer the weight of injustice in America. So, he works for justice.

In this country today, many preachers and pastors are looking to the writings of Frederick Douglass. Here, we find a prophetic voice urging us to consider the failures of the historic application of democracy in the United States. Douglass never said that people of color are the only recipients of injustice. He points out, however, that until we address the system where systemic inequity to a singular segment of the citizenry is acceptable, then democracy has no chance for survival, and those who perpetuate and ignore this injustice stand convicted of democracy’s demise.

Douglass speaks eloquently on the fourth of July in 1852, but his words sting the open wounds of our racism yet today. Asking himself if his speech before the nation on that day was a statement testifying that the blessings of this country have lifted up both the black citizen and the white, he proclaims:

… such is not the state of the case. I say it with a sad sense of the disparity between us. I am not included within the pale of this glorious anniversary! Your high independence only reveals the immeasurable distance between us. The blessings in which you, this day, rejoice, are not enjoyed in common. — The rich inheritance of justice, liberty, prosperity and independence, bequeathed by your fathers, is shared by you, not by me. The sunlight that brought life and healing to you, has brought stripes and death to me. This Fourth [of] July is yours, not mine. You may rejoice, I must mourn. To drag a man in fetters into the grand illuminated temple of liberty, and call upon him to join you in joyous anthems, were inhuman mockery and sacrilegious irony. Do you mean, citizens, to mock me, by asking me to speak to-day? If so, there is a parallel to your conduct. And let me warn you that it is dangerous to copy the example of a nation whose crimes, lowering up to heaven, were thrown down by the breath of the Almighty, burying that nation in irrecoverable ruin! I can to-day take up the plaintive lament of a peeled and woe-smitten people!

“By the rivers of Babylon, there we sat down. Yea! we wept when we remembered Zion. We hanged our harps upon the willows in the midst thereof. For there, they that carried us away captive, required of us a song; and they who wasted us required of us mirth, saying, Sing us one of the songs of Zion. How can we sing the Lord’s song in a strange land? If I forget thee, O Jerusalem, let my right hand forget her cunning. If I do not remember thee, let my tongue cleave to the roof of my mouth.” [Psalm 137]

Before anyone leaps to the defense of the American experiment in democracy by dismissing Douglass’ words as outmoded, we need only open our morning newspaper to see the continuing injustices to Black Americans going on still today. To defend the current state of affairs in the misapplication of justice to people of color in the United States (and in other places) is to assert active complicity in the system that seeks to secure privilege to the few. It is, I’m afraid, evidence of our national sin: it is to deny the very intent of God from the creation of the universe; the divine intention of justice, mercy, freedom, liberty and equality for all.

Today, I wish you a safe and blessed fourth of July (yes, it is not capitalized!). But more, I wish you the strength to continue the pursuit of blessings envisioned by God. I wish you to acknowledge openly that the wealth of this nation comes from the abundance of God and that we are tasked to be stewards who share that wealth with everyone. I wish for the equal application of justice to all citizens, but especially to Black brothers and sisters who are suffering most in these days of injustice.

We gather every day (except tonight!) for prayer, imploring God for help with the endeavors towards ‘dēmokratía’.  We celebrate our progress, challenge our assumptions, and acknowledge the grace in our sinfulness.

The Task Force for Return To In-Person Worship is processing the survey sent out to you this week and will make a recommendation to the Bishop’s Committee by Monday next week. I will be in touch via email with you to let you know the outcome of the Bishop Committee’s decision.

For now we are blessed and free to worship God and to study God’s word this week on Zoom: Morning Prayer at 9 a.m. on Sunday, Monday, Wednesday and Friday. We pray at night on Tuesday, Thursday, and Saturday at 8 p.m. In order to ensure online security the ZOOM links aren’t published, but it’s easy to get them; just email me and I’ll get them to you.

You’ll find the worship bulletin for Sunday, July 5 here; and the Blue Sheet for July 5 here.

I love you and love serving you in service to the Gospel of Jesus.