After the tragedy of the shooting last Sunday at Geneva Presbyterian Church in Laguna Woods, our hearts mourn and our souls ache for the injured, the physician who lost his life, the families affected, and for the sense of sanctuary that was lost by the act of one man. Religious communities throughout southern Orange County continue to rally in support of our siblings in Laguna Woods, offering prayers and redoubling our commitments to speak out against hatred of any sort. To be clear, the shooting took place in the Irvine Taiwanese Presbyterian Church which leases space at Geneva Presbyterian. 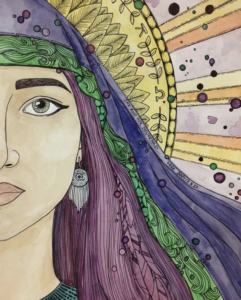 There is an undercurrent heard in a few conversations about this incident. It has to do with politics: the political motivations of the alleged shooter and the ‘political preaching’ at the Irvine Taiwanese church. The purported shooter was a zealot for the Chinese government which claims Taiwan as its own provincial state. The people of the Irvine Taiwanese Presbyterian Church and its leadership – largely comprised of expats from Taiwan – have decried what it judges to be systematic persecution, oppression, and civil rights’ abuses at the hands of the Chinese government. The undercurrent is a familiar chorus heard in churches worldwide:

• Jesus did not preach politics, neither should we
•• Political speech is illegal in church
••• Social justice is a “woke” phrase that intends to unbalance the scales of justice

Below are some clarifications from a preacher’s perspective that make enormous differences to me. Remember, I am NOT a lawyer. I just play one in my spare time.

1. Politics was at the center of Jesus’ life and ministry. He railed against the occupation by Rome in Israel, advocating for civil disobedience in favor of establishing the “Kingdom [Reign] of God,” which superseded all earthly kingdoms. This was, incidentally, the topic of Jesus’ first words in the Gospel and the most frequently mentioned. In Jesus’ time, “Kingdom Language” was very political. It threatened the stability desired by the occupiers as well as the safety of any who supported it. Though Kingdom talk was clearly religious, it was far more than conceptual. The Reign of God is a world of economic justice where all had their needs met. It is a world of peace and justice for all people, too. In the end, Jesus used political rallies (remember the entry into Jerusalem?) to communicate his message of the Kingdom. Lest we forget, it was a uniquely Roman, political death to which Jesus was sentenced.

2. Let’s be clear about what is not permissible and what does not infringe upon legal (IRS code) free-speech rights in churches. The difference lays between what is political and what is partisan. The former, preaching for or against civil rights for example, is political speech protected everywhere by the Constitution (and our God-given rights, in my opinion). When, however, a preacher tells the congregation to vote for Mary Smith who supports (or condemns) civil rights for all, that is NOT protected speech. Some have tried to skirt the difference by preaching in church, “You will suffer eternal damnation if you vote for anyone who opposes this or that issue,” but it hasn’t held up as protected speech because of its identifying specificity. With regards to partisanship, preachers in non-profit churches may not speak in favor of one candidate over another or contribute funds to a political campaign. It is an oddity that a church may, however, invite political candidates to speak in a church. If only one candidate shows up, it still retains its protected status.

3. When Jesus acted and spoke in support of the poor, of women, of the hungry, and of marginalized people, he was speaking for “social justice”. His life was spent teaching the responsibility we have for one another – not a welfare-state, but by freeing people from what has imprisoned them and then teaching them how to provide for themselves. “Social justice” in this context has nothing to do with the legal system or courts. It does, however, have everything to do with the laws of love and equity.

I know neither the content nor context of the preaching that was given at the Irvine Taiwanese Presbyterian Church. It is possible that it was overtly political, advocating resistance and rebellion against the country, state, and people of China. It could have also been preaching which intended to uphold the rights of peoples, suggesting remedial action by the followers of Jesus. At issue is that someone conflated religion and politics into a deadly mix. Wherever two or three are gathered, there will be diverse political, partisan, and religious opinions. What should bind us together as Christians is the teaching of Jesus: love God, love neighbors, strive to be and do the best, free the oppressed. If the core of this message is compromised — especially by partisanship agendas — abuses will happen. Conversely, if we shy away from the message to love unconditionally, amend our lives, and free the oppressed, I think we have a greater compromise at stake.

Saturday night worship service includes potluck supper each week! We’ll see you tonight on the Learning Commons Courtyard after the service for a meal together. Bring your favorite dish to share.