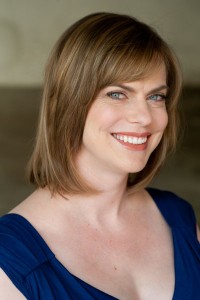 Erin is our soprano section leader / soloist. She has held church positions at several churches prior to coming to St. Johns this year. She was section leader and soloist at Sts. Simon and Jude Church in Huntington Beach. She was section leader and soloist at The Crystal Cathedral in Garden Grove, and also Temple Judea in Laguna Woods. She has also been cantor at St. Philip Benizi Church in Fullerton. Erin has performed solo and oratorio roles in J. S. Bach’s Cantata Nos. 66,26,23,80,12, and 34 and also  Mozart’s Requiem at St. John, Orange.  She has been soloist in Mozart’s Requiem with the Southern California Chamber Singers.

Her opera solo roles have included Gianetta in Elixir of Love and also Countess in Daughter of the Regiment, with Orange County Opera. She has sung the role of Olga in Eugene Onegin with Lowell House Opera. Her performances with the Boston Conservatory include the role of Ramiro in La Finta Giardiniera, Sam in The Construction of Boston, Miss Penelope Newkirk in Help! Help! The Globolinks!, and Ore 2 in L’Egisto.

Erin’s opera chorus roles include Suzannah, The Magic Flute, and Carmen with Opera Pacific, and Verdi’s Requiem with LA Opera.

Erin holds a Bachelor of Arts in music from Salem College, and a Masters Degree in Music, with a specialty in Vocal Performance, from The Boston Conservatory.

Erin lives in Long Beach with her husband, Steve, (also an accomplished musician) and her son, Duncan. 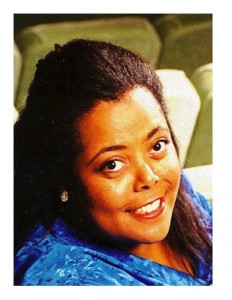 Lisa has been a member of the Los Angeles Chamber Singers and the Albert McNeil Jubilee Singers and has toured the United States, Japan, Taiwan, Israel, Europe, and South America. She co-created Japan Harvest, a Gospel Music Workshop for Japanese youth conducted in Osaka, Japan incorporating vocal coaching and performance in a Christian setting.

She has been a featured soloist in such venues as the Verizon Amphitheatre, Segerstrom Center for the Arts, Hollywood Bowl, and Carnegie Hall, and has sung with numerous philharmonic orchestras including those in Hawaii, Berlin, and Vienna, Austria. Lisa was the guest soloist at the State Capitol for California’s official September 11th Remembrance Day. Her operatic credits include playing leading roles in “The Marriage of Figaro,” “The Magic Flute,” “Die Fledermaus,” “Amahl and The Night Visitors,” and “Porgy and Bess.” She has participated in several CD recordings such as Barbra Streisand’s Higher Ground and Larry Farrow’s Star in the East.

She is the director of a professional a cappella vocal group called BASIC providing entertainment for holiday and special events. Lisa has a B.A. in English Literature from Stanford University and Master’s Degree in Music, Vocal Performance from UCLA. She has a son who attends Santa Margarita High School. Lisa currently resides and teaches private voice to youth and adults in Laguna Niguel, CA. 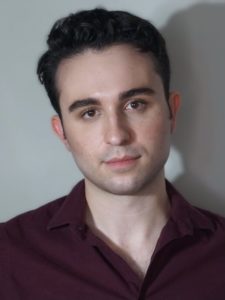 Nick Fuller, tenor, is a soon to be graduate of Fullerton College. He has plans of transferring to a university in Fall 2022 to pursue a bachelor’s degree. He has performed with Fullerton College Opera in the chorus of Lakmé, Die Fledermaus, Armide, and Cendrillon (Viardot). Additionally, he sang the role of Don Ottavio in an excerpt of Don Giovanni, as well Ferrando in an excerpt of Così fan tutte.  He has also been featured as a soloist in masterworks such as the Schubert Mass No. 2 in G major, as well as the Duruflé Requiem. In Fall of 2020, Nick won the Katharin Rundus Award (first prize) in the Fullerton College Classical Voice Competition.

Nick has a deep interest in anatomy, yoga, bodywork, and somatic movement, and hopes to integrate these teachings with his future studies in classical voice, and vocal pedagogy. Nick joined St. John’s in Summer 2021 through a connection with Dr. Clara Cheng Stosch. This is Nick’s first singing position at a church and he feels extremely grateful to have this opportunity. 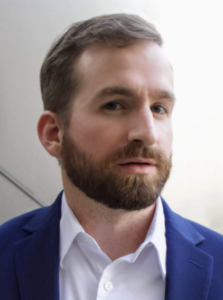 Meet our new bass section leader, baritone Michael B. O’Halloran. Michael has been a church soloist “all over the United States.” His most recent section leader position was with Community United Church of Christ in Champaign, Illinois. Through a connection with Diana Farrell Michael met with Johannes Stosch, our Director of Music Ministry, joined the St. John’s choir in Fall 2019. Welcome, Michael, we’re so very glad you’re here! Please give him a warm welcome when you see him on campus!
The admiration is mutual. Michael says about St. John’s, “It’s such a welcoming community. Everyone is so happy. The choir is filled with nice people and has a very high level of musicianship. It has been wonderful to hear the messages each Sunday. It’s so nice to have the message shared from the pulpit match the actions of the church’s ministries.”
Michael, a baritone, graduated from the Manhattan School of Music with a Masters in Classical Voice Performance after earning a Bachelor’s with honors from Northwestern University, and has performed in over 40 operas in his career. He has been featured as an artist in residence at the Aspen Music Festival as a winner of the Aspen vocal concerto competition, and was featured as both an Emerging and Spectrum Resident Artist with Virginia Opera and as the first American musician to be a junger Künstler Bayreuth as part of the Bayreuther Festspiele. He is currently a student of William Neill. Learn more about Michael at his website: https://michaelbohalloran.com 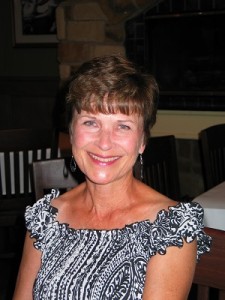 Carolyn is very grateful and proud to have been part of St. John’s family and music ministry since 2004. She studied piano formally for fourteen years and was one of ten Young Artists in the state selected by the California Music Teachers Association. She graduated from Occidental College in Los Angeles with a degree in music, and went on to complete graduate studies for her California Teaching Credential. She accompanied varied school and church choirs throughout high school and college, and continued accompanying school, church, community choral, and musical theatre groups in volunteer and paid positions while raising her two children. She has worked full-time as a professional accompanist since 1985, playing for various groups in six different states and in England.

Carolyn just completed her twenty-third year as a staff accompanist for the Santa Ana Unified School District. She accompanies all the choral groups at Valley High School and also plays for fully-staged musicals and district solo competitions and Honor Choirs. She has been the accompanist for the Southern California Vocal Association High School Honor Choirs and the American Choral Directors Association All-State Honor Choir.

In addition to her primary accompanying jobs at Valley High School and St. John’s, Carolyn also serves as an accompanist for musical theatre and voice classes at the Orange County School of the Arts and for the Southern California Children’s Chorus.

Carolyn feels so lucky to be able to have music in her life every single day and to be able to work with so many amazing and talented people. Her greatest joy and proudest accomplishment, however, is being the mother of daughter, Jill, a professional actress and singer, and son, Christopher, who works in Shanghai, China and is completing his Ph.D in Education. Chris and his wife, Marga, are the proud parents of Carolyn’s beautiful twin granddaughters, Catherine and Emily.